Just wanted to take a second to say thank you for such a memorable bachelor party last weekend.  Even though the female entertainment did not make it from OKC, it was still one for the record books!  4 days, 1600 miles, 13 guys, 40 hogs, beer, booze, assault rifles, the first person to ever jump in the "hog pond" and the worlds greatest guide, Gunner!  Sorry Seth!

Thanks again for all that you did for us, and in the words of Mark Ebeling, it truely  is …

first time hunting with james and crew had an awsome hunt we will defiantly be back.10 people 17 pigs killed could have easily taking the other 3 pigs. o ya i think it will be hard to find a guid as good as gunner any way.

I would like to say a very big thank you to the West family and especially our guide Seth. We had absolutely a wonderful time on the March 11-13th father and son hunt and the hospitality was second to none.

This is definitely the right place to hunt hogs.

I 'd like to thank James, Mary & especially Seth for a truly wonderful time. I came out from Connecticut & while we've hunted before, hog hunting was something new. Seth did everything he could to make it a memorable experience and both my son & I got 2 hogs each out of many to choose from. We came out with three other father son pairs & I think its safe to say every one of us will remember this trip for many years to come. If I come back out to Oklahoma for an outfitted hunt…

Thanks to all of the Gang at All About U Ranch James, Mary and Seth. Myself and the rest of the Crew made it home ok lastnight from our hunt Thank you for all you did to make my 42 nd birthday a fun memory . Chance is still flying high about his hog and Tucker is looking forward to his first hunt next year as a shooter.Alex and Bub say  Thank you we are looking to make it a yearly thing if we can get it in our schedule You made us feel like part of the family thank you .

My name is Chris and I was with the group that was just there for a hog hunt on Feb 25-27.  We had a blast!  I couldn’t have asked for a better time.  You all do a great job making it enjoyable for everyone.  You truly make it “All about U” for your visitors.  I have never hunted anything but deer and turkey before, and I thought it was awesome!  Seth is an amazing partner and your wife is a phenominal cook and hostess.  I also loved pitching for your boy.  I think he…

Was just throwing out a holler to let ya'll know that we made it home to IL in one piece following behind a tornado to almost my driveway from your place!!!!!!   My dad, brother, son and myself had a great time for a 3 generation hunt with memories that will last a lifetime!!!!!   Thank you all for making us feel like we have grown up together and the food was great as well!!  I am sure the rest of the group feel exactly the same.  You guys (and gal!!) runa  great place and I recommend it to… Continue

Had an Awesome Time!

I just wanted to thank you for the great time we had 26-27 Feb.  You run a very professional outfit that provides a great adventure for all that come.  James and Seth, you guys put us on hogs and gave us the opportunity to put the smack down on them, and Mary kept our bellies full.  The food was delicious.  We were a group of friends that brought our friends with us and by the end of the 2 days we were all friends, and you made us feel like we were part of your family.  We are ready to come…

James and Seth, Well, we made it back to Nebraska and we have been dreaming of hog hunting ever since! We want to thank you for the amazing trip. You guys made us feel so welcome and we really apprec…

Well, we made it back to Nebraska and we have been dreaming of hog hunting ever since! We want to thank you for the amazing trip. You guys made us feel so welcome and we really appreciate everything that you did to make our stay enjoyable. We are counting down the days to when we can come back and hunt with you again. Thanks again for everything....this trip went above and beyond what we expected. The best part was that us girls out did the…

thank you for making my friends and my brothers hunting trip a success. I loved it.

THANK YOU GUYS FOR A GREAT WEEKEND OF HOG HUNTING.  KATIE AND I COULD NOT HAVE ENJOYED OURSELVES MORE. WE REALLY HAD A GREAT TIME HUNTING AND HANGING OUT WITH YOU GUYS.  WE REALLY APPRECIATE ALL THE HARD WORK YOU TWO PUT IN TO MAKE SURE WE WERE ALL SUCCESSFUL. THIS WAS THE FIRST TIME WE HAD BEEN HOG HUNTING AND IT WILL NOT BE OUR LAST. WE LOOK FORWARD TO SEEING YOU GUYS IN THE FUTURE.

Thanks Picks are coming

Let me start off by saying thanks to Seth he made this trip great. James and everyone at the ranch are top notch.. My brother and seven year old son had a time we will never forget. All i can say is when  are we going back man what a blast.. We have picks and video to…

All About U Ranch is a superb place to hunt.  I took my three sons hunting, two younger  boys Alex age 13 and William age 10 hunting hogs and they were both successful in harvesting 2 great hogs each with 1.5 - 2 inch cutters.  My older son Clifton harvested a very large trophy boar that resembled a prehistoric tank complete with 2 inch cutters.

James, You guys/gales exceeded any thing advertised, if anyone wanting to hunt needs to ask 1st hand we would be more than happy to put in a good word or 2, (we can talk  commission fees later) we would suggest the 2 hog 2 day deal just so they can see how hard you guys will work to make sure everyone has a successful trip. take care see you next trip. Dane 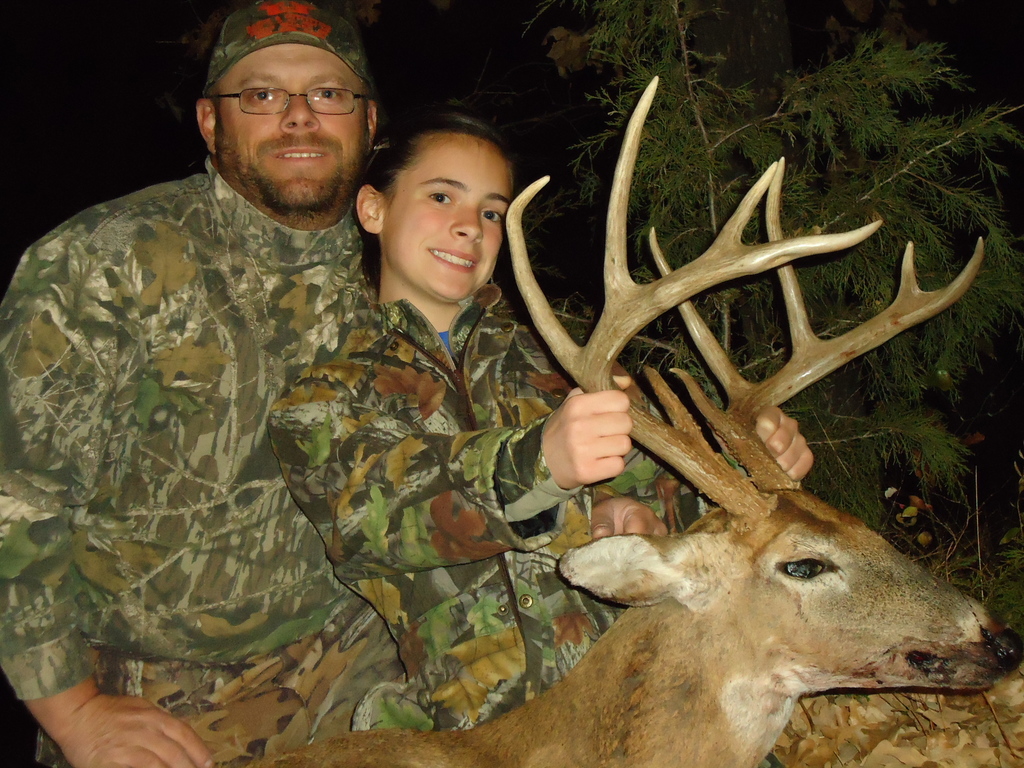 well i dont know if words could do the last week any justice, you would have just needed to have been here to experience it first hand. we had our opening of deer gun season this last weekend and it was hot,windy and the rut was on like we have never seen it before. we had a full weekend of hunters and we are very proud to say everyone got there bucks except one young lady from arkansas but she did see plenty of deer and had her opportunities to take deer but it just didnt work out,… Continue

things are going great at the ranch

well we have been so busy with hunters over the last month and a half we havent had a chance to add to the blog post but we will try to catch yall up.we have hunted every weekend as well as some weekdays since sept. any where from 3 hunters to 8 at a time and we are very happy to say everyone has been able to take all their hogs for a 100% kill and the average hog has been 200lbs plus. we are very fortunate to be booking up for dec-april with just a few weekends left and some weekdays so if u… Continue

well we just had another fantastic group of hunters in from colorado on the their 1st hog hunt and man they sure got the job done. they shot 2 hog each or 12 hogs while they were here at the ranch and the hogs went from 80lbs upto 350lbs with most being over 175lbs. they were a great group to hunt with all of them being family mainly with a friend or two mixed in. it sure is refreshing to see that there still are families and friends that are still as close as the gomez group is and love the… Continue

well we had another awsome weekend here at the ranch with a return buddy chris trocheck and 5 of his friends.they were on a 2 day 2 hog hunt and was able to take 12 hogs that went form 75-380lbs with several hogs being in the 200lb plus range.david was the only bow hunter and he took 2 hogs with his bow and all the rest was taken with guns.we had kara in camp (the only female) which was darrels wife and she missed ol big boy the 484lber but still was able to kill a 280lb boar hog at just 9… Continue

well we had a great group of 7 hunters in this weekend of which some had hunted with us before. they were able to take 7 really nice hogs while they were here on a one day hunt that went form 145lbs upto 225lbs. they hunted over feeders as well as some spot and stalk huntn.karl and his group we a ton of fun and we look forward to havn back down huntn again in the future.thanks for come back and huntn with us again karl and we do look forward to doing it again.thanks james west and family

I hunted with All About U in April of 2009. I can say that I FINALLY found a quality (and reputable) hog hunting operation after several years of trial and error hunting. James and Mary are fantastic people and James will go out of his way to make your experience at his place a good one. Bottom line is that he's just a fantastic person and runs a good operation. Due to a family emergency I missed my spring of 2010 hog hunt, but will definitely be back in 2011. Thanks James.