well we had the dead zone outdoors tv crew out this weekend and man were they one more outstanding group of people. there was 8 in total including 5yr old hunter who was able to take his 1st hog with a cross bow and man it sure was a nice one. it was a spot hog that was about 200lbs. the rest of the guys and gals thats right gals had great success killing 7 more nice hogs that went form 135lbs upto 275lbs. they sure busted their tails trying to kill ol big boy and they saw him but just couldnt get everything to come together. they said they got enough footage for 2 entire shows that yall will be able to see on the sportsmans channel in the future. the dead zone crew was everything we hoped they would be and even more fun,out going,family oriented,and dang good hunters that could flat out shoot a bow. we look forward to having them back again next year and keep a eye on the website as pics and videos start getn put up of thier hunts. we cant wait to see hunters hunt on video. we also had more close calls than we have ever had out here this weekend with charging hogs looking to take some frustation out on us as well as the dead zone crew. there was more than one tree that got climbed by myself as well as the camera guys and they got most every close call on video with some hogs charging and getting shot and falling with in few feet of the hunter. we would like to thanks again to Travis his wife junie and the dead zone huntn crew for believing in us here at the ranch and u bet we cant wait to hunt with yall again this next year.thanks james west and family

Comment by Travis Pack on September 7, 2010 at 9:41am
I have hunted in several different states for all kinds of game at several different ranches and I can honestly say this was the MOST EXCITING hunting trip I have ever been on. The All About U Ranch is the perfect name for this place because that is exactly what they make it All About U! Everyone we met there gave more than 100% to make sure that we had the time of our lives and thats exactly what we did. Lets not forget about Mary's cooking!!!! WOW she can cook!! The smile and the excitement that was on my sons face after him shooting his hog was priceless and a moment I will never forget. James, Mary, Seth, Gunner, Remy, and Spot LIght I want to say thank you all for everything you all are amazing people and I gaurantee you the Dead Zone Crew will deffinitly be back!!!!! 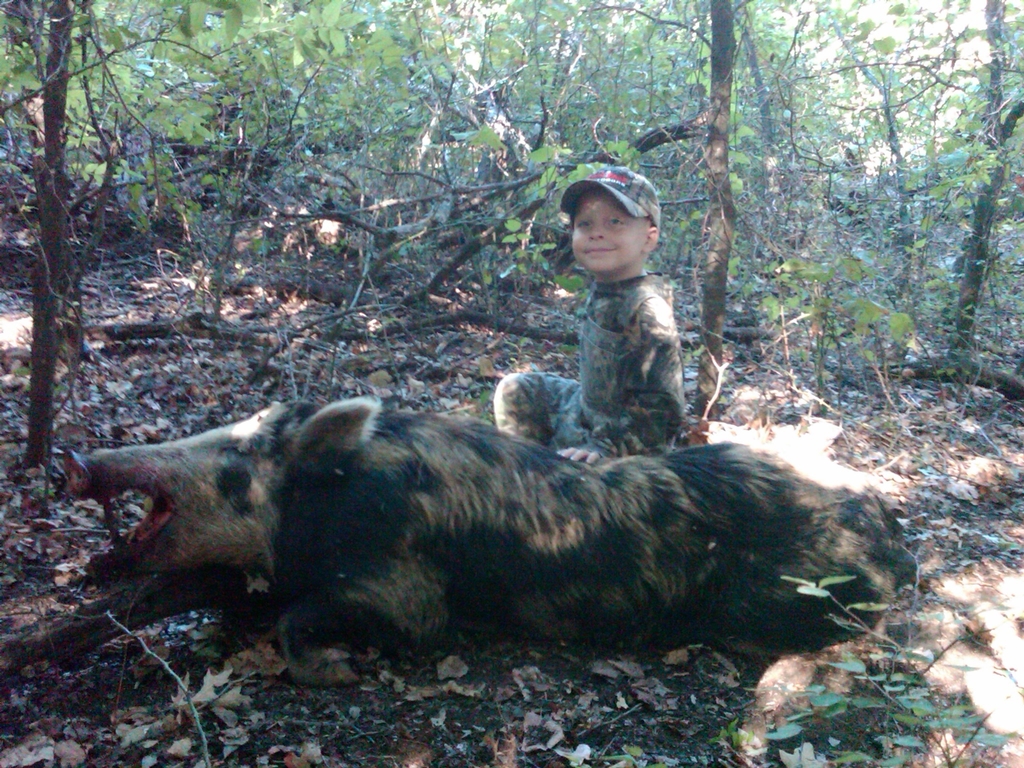 I just wanted to say thank you to all of for making our time there an amazing experience for Dead Zone and most importantly for my son Hunter. We watched the footage of his hunt and I dont think there was a dry eye in the room after seeing his excitment. Thank you all for putting in the time and effort that all of you did to make that experience happen for us. I also want to thank you all for having a place that the Ladies of DZO could enjoy themselves as well and lay down some hogs! We cant wait to get back to see you all again!
Thanks to all of u,

Comment by Steve Patterson on September 8, 2010 at 9:39pm
I had an awesome time with yal. This was the best and most exciting hunt I have ever been on.